Specializing in DAS, small cell, PICO cell & rooftop installations, The Violin Group is one of Ontario’s leading specialty full-service Telecom contracting companies. With experience spanning across all sectors of the telecommunications industry, The Violin Group’s Telecom portfolio includes expertise in fiber optics, Wi-Fi, cellular, structured cabling, in-building DAS services, Macro, Pico & small cell systems, and more. Over the past decade, The Violin Group has built a reputation for having the ability to navigate the most arduous environments and expertly manage complex client requests. Whether it’s a new-build site, upgrade and modification, or ongoing support and maintenance, The Violin Group’s Telecom division will deliver seamless integration and signature workmanship that leaves a lasting impression. As the telecommunications market continues to go through significant structural and technological changes, The Violin Group prides itself on having the ability to adapt quickly, while continuing to develop and integrate innovative custom solutions for clients’ unique challenges.

"St. Catharines is really at the forefront of the world of cities taking advantage of this technology."

The Violin Group was contracted to install three Smart Kiosks in downtown St. Catharines, allowing residents to access Wi-Fi networks, charge their phones and even contact 911 at the touch of a button.

The Violin Group executed the infrastructure, construction, installation and commissioning of all three kiosks in St. Catharines. The implementation process began with careful planning and coordinating with the city and local utilities. When planning was complete we began construction, which included significant excavations, large concrete foundations, directional boring and all the required electrical, data wiring and fiber optic cabling. Small-cell antennas and high-powered Wi-Fi antenna systems were also installed.

In addition to Wi-Fi and public safety features, the smart kiosks give users access to information about community events and services, advertisements and information about amenities such as hotels and restaurants. They’re intended to be self-sustaining and provide a new advertising revenue tool for the municipality.

The sleek units are approximately 3.2 metres tall, about one metre wide and less than half-a-metre in depth. They feature two 55” (1.4m) LED touch screens, two USB charging ports, and a Call 911 button. Housed in a secure, weatherproof aluminum structure, the kiosks will be fully accessible and feature braille buttons for the visually impaired. They don’t obstruct pedestrian flow on sidewalks, and people can access Wi-Fi within about 70 metres of the kiosks.

"The Violin Group operates with an impressive combination of skilled resources, common vision and competitive pricing… Awarding them the Royal Bank Plaza package turned out to be one of the best decisions our organization has ever made."

Located in the heart of Toronto’s Financial District at 200 Bay Street, Royal Bank Plaza is one of the most recognized business addresses in Canada and a signature landmark on the Toronto skyline. The 1.4 million square foot, cutting-edge complex is home to many top-tier businesses and offers a mix of retail, dining and office space.

The Violin Group was awarded a contract from Huawei Technologies to install distributed antenna systems (DAS) throughout the Royal Bank Plaza building in order to increase carrier coverage. Huawei Technologies is the largest telecommunications equipment manufacturer in the world and operates in more than 140 countries.

The Violin Group’s Royal Bank Plaza contract was the largest DAS installation package for any of Huawei’s projects and was uncommonly complex, consisting of around 300 antennas located within some of the most exclusive tenant space in Canada.

Working with a timeline of only three months, The Violin Group completed the project three weeks prior to their designated deadline. The project was proudly delivered 100% deficiency-free and within 75% of the original forecast time.

Even while dealing with strict access scheduling, a delicate ‘white-glove’ tenant space, and a host of health and safety challenges, The Violin Group finished the project with no change order requests of any variety – a rare feat for any project of this size, and one that was recognized when the company won Huawei’s "In-Build of the Year Award" for their DAS install at the Royal Bank Plaza. 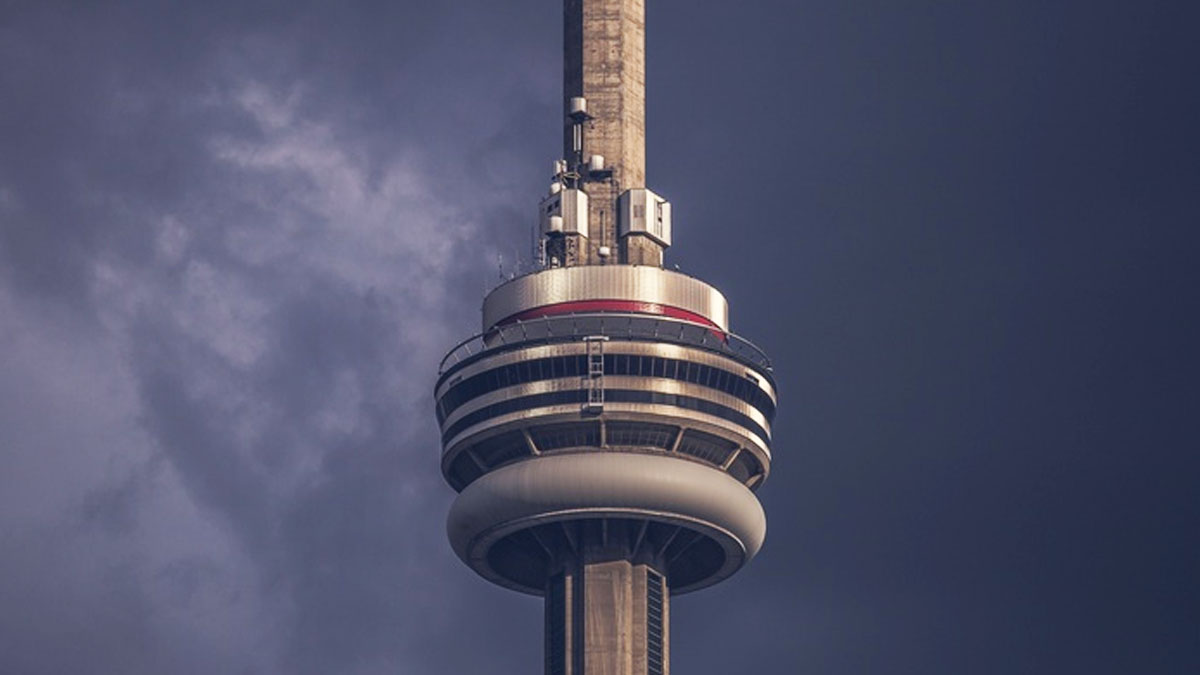 The installation of a distributed antenna system (DAS) and fiber-optic cabling in Canada’s most recognizable and celebrated icon, the CN Tower, is indicative of the type of customized, one-off projects that The Violin Group’s Telecom division is known for.

The project presented unique challenges that The Violin Group team met head-on, including the hauling of new trunk fibers up from ground level to the top of the tower and dealing with isolated spots of poor coverage.

In the end, installation of the wireless system within the base and tower-top restaurant areas was a complete success – and the reason that the CN Tower can now offer its 1.5 million yearly visitors seamless reception and service on their mobile devices.

The CN Tower project was completed on time, on budget and exceeded all of the strict health and safety requirements that stem from working at extreme heights and within such an incredibly unique venue. 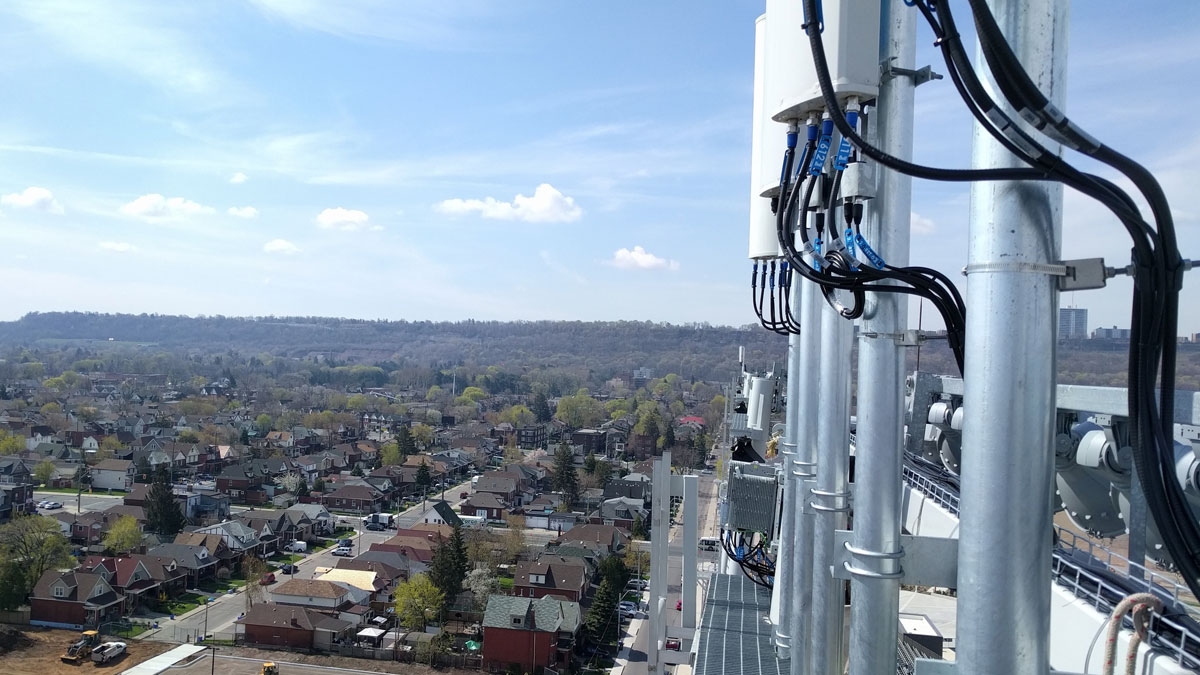 The Violin Group’s Telecom division was contracted to install a new wireless enhancement system at Hamilton’s Tim Hortons Field – home of the CFL’s Hamilton Tiger Cats. The $145-million stadium that opened in September 2014 seats approximately 24,000 spectators and is considered leading edge in its incorporation of extensive wireless communications infrastructure.

Like many of the unique projects The Violin Group undertakes, the job had its share of initial challenges – namely mounting equipment atop light standards that were over 50 metres high. This complication required an extraordinary amount of coordination involving cranes, man baskets, and precise scheduling – but in the end the project was completed smoothly, with safety being paramount.

The Violin Group deployed custom cabling solutions that successfully blended the required telecommunications components with the stadium’s impressive architectural features – resulting in enhanced wireless service for the stadium’s spectators and to surrounding areas.